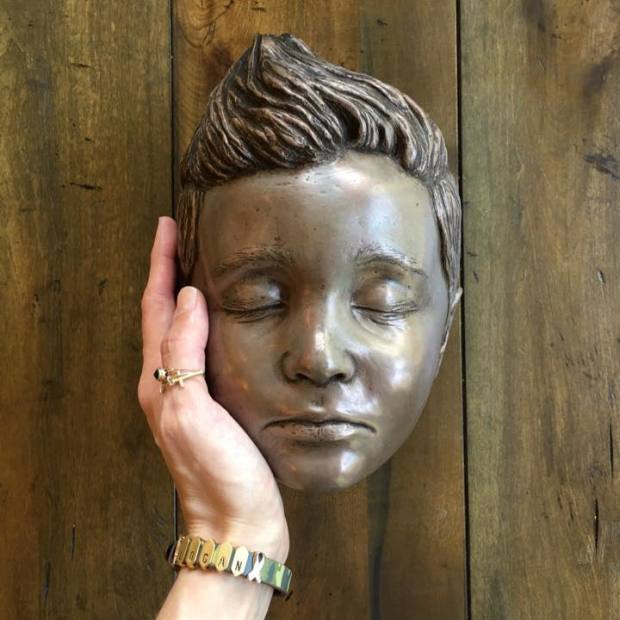 The mission of Casts of Courage – Logan’s Legacy is to provide families with memorial casts of their children who have courageously battled and fallen to childhood cancer or other illnesses.

Nothing has touched me as deeply nor inspired me more in 12 years as a sculptor & lifecasting artist as my work with Logan Kinkin and his family (Read Logan’s Story below). It’s my wish to give the gift of tangible memorials to parents through making exact replicas (in coldcast bronze) of the hands, feet, and faces of their beloved children. I founded Casts of Courage – Logan’s Legacy to raise awareness and fund raise to provide lifecasting as a free service so that parents who would like to have these memorial casts of their children to not have to be concerned about the cost of them as they cope with heartbreaking loss. While my focus is on children who have battled and lost their lives to childhood cancer and bringing awareness to these devastating diseases, Casts of Courage is meant to be a source of memorial casts for any family suffering the devastation of losing their children.

Please consider donating to Casts of Courage to help me to provide memorial casts to other parents as they traverse the devastating path of their child’s loss in search of a foothold. I would like to do this work, with your help, as a legacy to Logan’s short life…and I’m delighted to announce that I’ve partnered with the Cherokee County Arts Council, a nonprofit, so that all your donations are fully tax deductible. All monies raised will go toward expenses incurred in creating memorial casts, including materials & supplies, traveling, and administrative needs. For more information, email: castsofcourage@gmail.com. Find us on Facebook and join the community group. 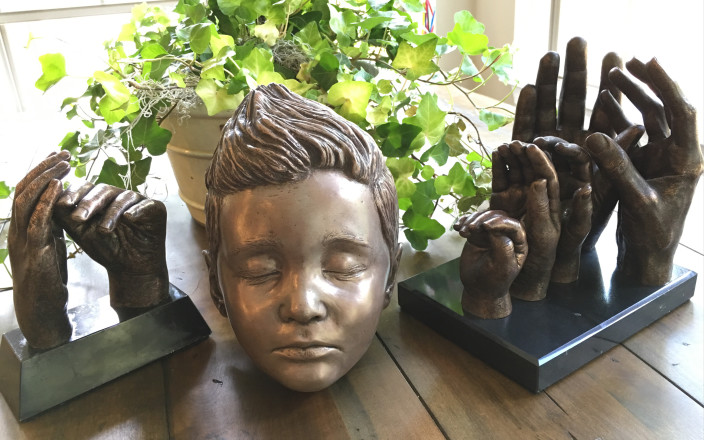 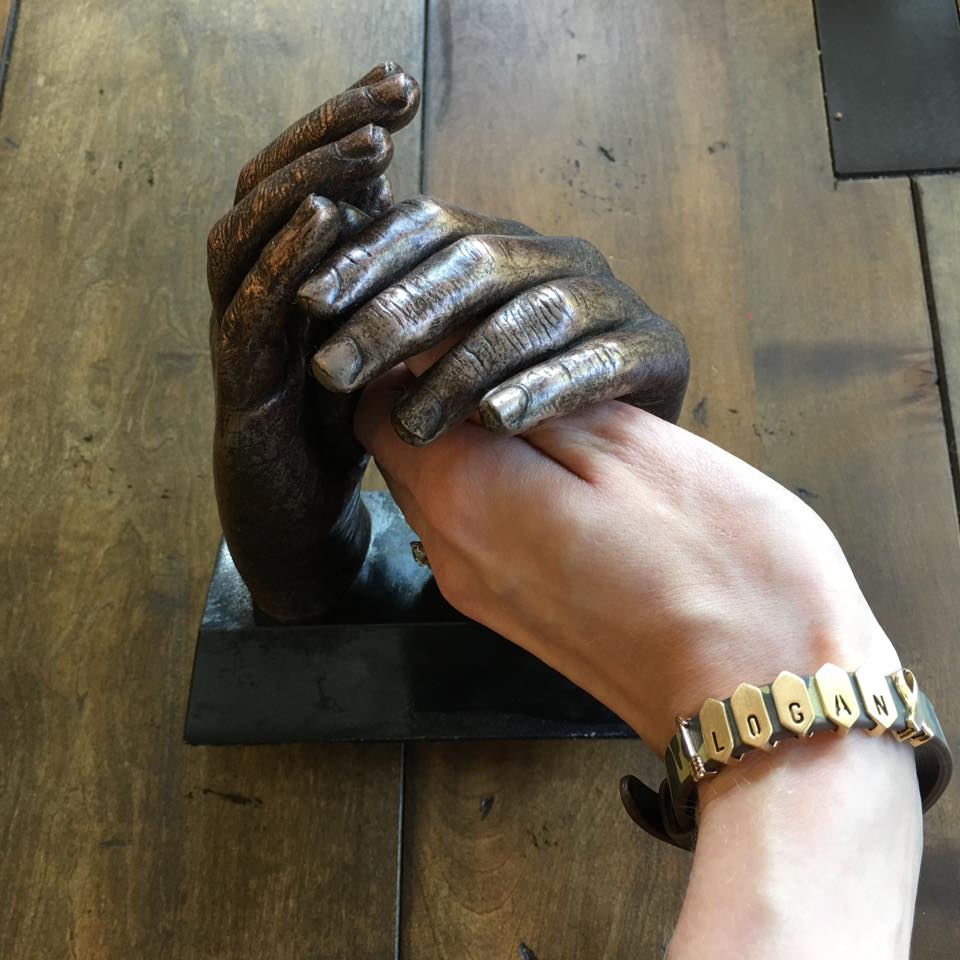 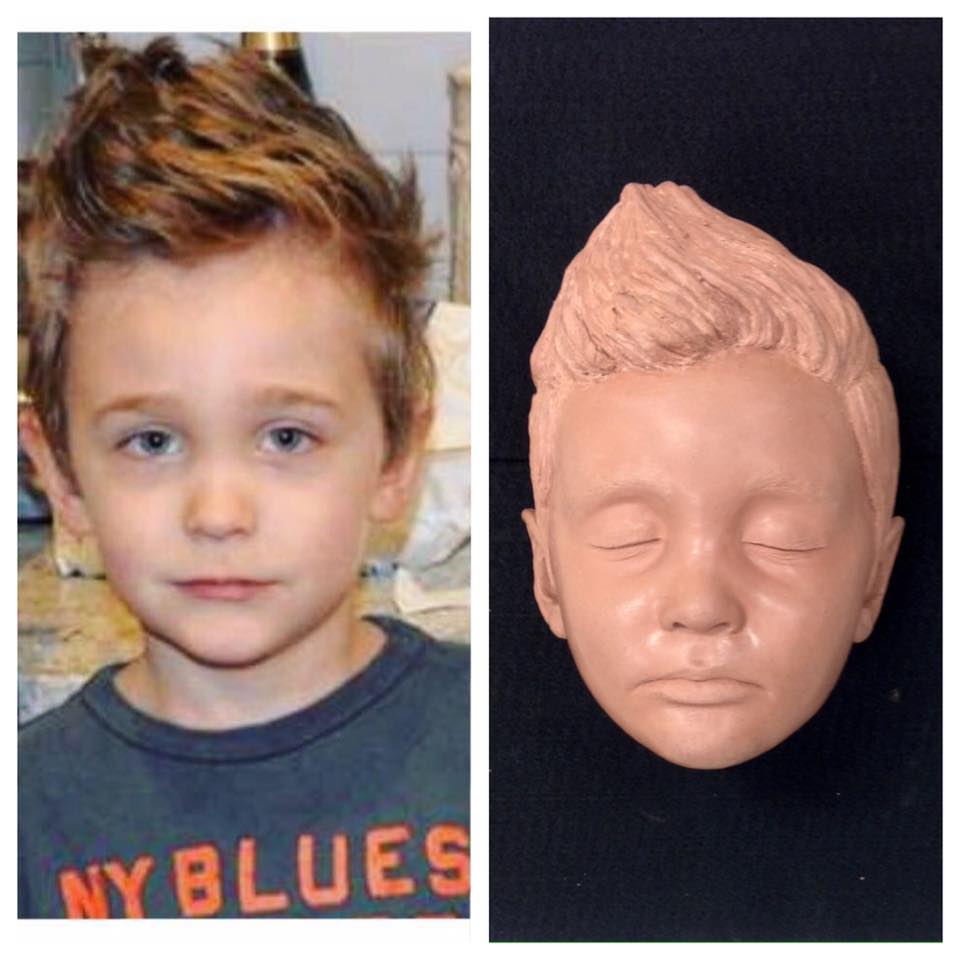 As 2016 opened, Logan Asher Kinkin was living the perfect life of a 4 year old boy. He loved his family, his dog, Truffle, and the new home that they had moved into over the holidays. His sisters, Khloe & Aria, were his favorite playmates who he was both loving and protective toward. Some of his favorite activities were cooking, dancing, going to the park, and doing art of all kinds. He was a beautiful, handsome boy (with an awesome signature hairstyle!) and he loved his mom beyond measure.

On January 14, 2016, out of nowhere, his right eye turned in. After a visit to the eye doctor, followed by an MRI, on January 27, 2016 his parents received the most devastating news that a parent can: Logan had a terminal, malignant brain stem tumor called Diffuse Intrinsic Pontine Glioma (DIPG), which has a 0% survival rate. He was given 6 – 12 months to live, but, sadly, succumbed to the aggressiveness of his tumor in a mere 7 weeks.

I was contacted by a family friend on March 14, 2016 and commissioned to do a family of hands lifecast sculpture for the Kinkin family. Unable to make the 6 hour drive to their home until March 20, 2016, I arrived just after Logan had passed. This is when his mom asked if I could make a mold of his face. If Logan had lived for my arrival this would have been impossible, but due to this timing I was able to provide his parents with something that they’ve described as vital to their ability to cope with his loss: a three-dimensional cast of the precious face they would never be able to hold or kiss again.

As a sculptor I was able to add his signature hairstyle and reshape the areas of his face changed by the steroids he was given for symptomatic relief of his brain tumor. Because of this, they can remember him as the healthy child he was and not in the way he changed after his diagnosis. I also made molds of his hands and feet as well as molds of the hands of his parents and sisters to create a family of hands lifecast sculpture showing their family whole and intact.

In the words of Logan’s mom, Kriszti:

“I love having his hands that I can hold each night to say goodnight before I go upstairs, but having his face… that is completely priceless to me. I honestly don’t know what I would do without that piece. I kiss his sweet face every day multiple times, telling him how much I love him and miss him. Rest my hand on his cheek the same way I did when he left me. It brings me back to when he was physically here with me and that is irreplaceable.”